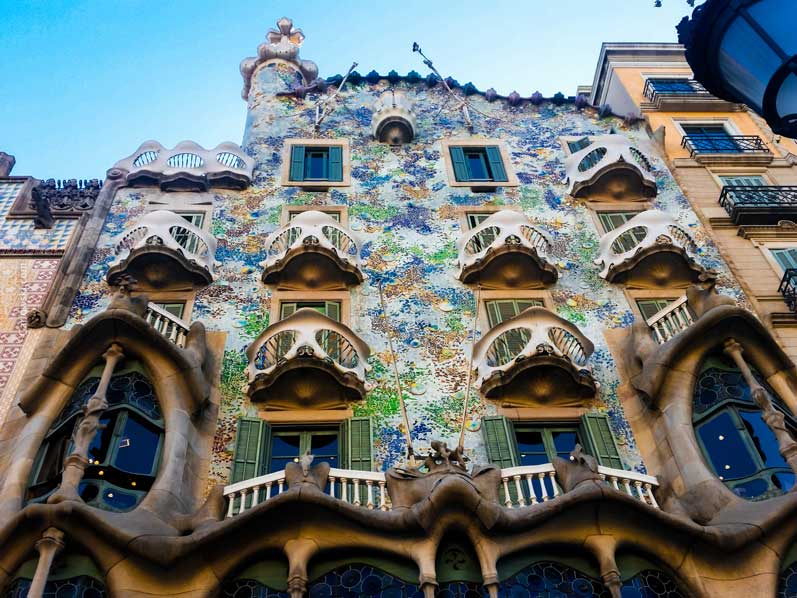 Who is Barcelona for and is it worth it to visit? Is Catalonia the best place in Spain like Catalans say? Can we judge whole Spain because of Catalonia? It was an unexpected trip and I wish I could know more about Catalonia before the arrival. I would surely adjust my expectations.

Eastern Spain which I was lately traveling through was definitely not what I was expecting.

What is worth it to see? Let’s start from the good things. Sagrada Familia. It is the most amazing building I have ever seen. Do not believe any photos, these cannot show even a part of its magic. It was so amazing that I could come again to Barcelona just for one day to see it finished. They plan to do it finally around 2020, but as it’s in construction for last 150 years, it might take much longer. It is a masterpiece and even if tickets would cost 40 euros I would still recommend to go there.

Who should go to Barcelona?

Fans of art, football and architects.

What was impressive for me? Why you should not go to Barcelona?

Those words might be harsh, but everybody should know what to expect when choosing a place for vacations.

Some tips about other regions

Amazing facts about Barcelona and Zaragoza.

It is like Eastern Europe. What are the chances that 2000 km away people will develop the same sick mentality? If you never had an opportunity to be there, here are some facts:

Those are true only for Barcelona:

My story from Eastern-South Spain. It is not so bad.

If you read any of my previous articles you might say that I never said anything bad about other countries, is Spain really so bad?

It’s not so bad. It’s just extremely overrated and overpriced. If you visit a third-world country you expect many bad things. If you visit Barcelona you don’t expect to find this narrow minded mentality with partly Scandinavian attitude of mistrust and distance.

It didn’t feel to me like Spain when I visited the region a while ago. Today, 27.10.2017, Catalonia declared independence from Spain. I’m sure it is just a beginning of many problems, however, I believe that they are completely different from the rest of the country.