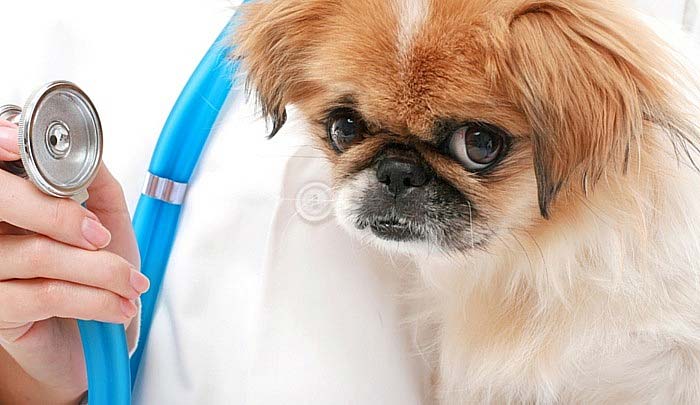 Some think that Danish healthcare system is great, others that it’s a nightmare. Let me present you some opinions about the health treatment in Denmark, what some people like and what could be improved.

Short answers about the healthcare system

Is the Danish healthcare system good?

It depends, in my opinion it’s dangerously bad when it comes to many problems, and very good in many deadly cases.

Can I relay only on the public system?

Only if you have small or some deadly problems.

How much do I have to pay extra for the private healthcare system in Denmark?

Around 3.000 DKK per year for the insurance and you will cover the diagnosis which in some cases is almost non-existent in the public case, as well as treatment, excluding the medicine you need at home. Yet, that nay be not enough, and don’t make me even start on the dentists. That, however, doesn’t guarantee you much, as similar specialists work in Denmark in both public and private system.

What is the problem with the healthcare in Denmark?

That is how it feels. As long as you have a small problem, they will treat you like anywhere else – 10min routine visit and go.

That’s actually not always true, as many people complain that they are being send home with different pains and other syndromes. We often hear that we have to drink lots of tea.

The rule of thumb is to go there asap, so they can ‘prescribe you’ doing nothing and come back after a week so you can actually get healed.

If you have a serious issue, and I mean only a problem that could be deadly within a short-medium period of time, they will treat you like a king. I’ve seen a nurse being assigned to look at screens of only two patients to monitor them. Doctors coming to visit a patient and having 30min long meetings to discuss the next steps. High-tech healthcare equipment, massages of the body, rolling patient few times a day around if he/she is unconscious. That might sounds horrible, but Denmark is the country you want to be a resident of if you’d happen to have terrible health problems.

What is so dangerous about that?

Because they refuse to make you tests and delay those, a minor health problem can develop into a serious one. Doctors repeat around the world that prevention is the most important part, while in Denmark you have to wait for the serious condition to develop to get help. That is very dangerous in my opinion.

My foot hurts, can I count on the Danish doctor?

This story is mine. I’ve been limping for a while, DIY didn’t bring results. I called my GP (first mistake) and got an appointment (in 2 weeks yey!). I got 10min.

The doctor without asking any questions asked me to show my second foot. After a closer lookup, she announced “they look the same”.

– Thank you. – I answered, briefly considering was it a joke

Afterwards GP asked me how do I feel, am I having bad moods.

– My foot hurts, I can’t walk much and the weather is bad. Not great.

The doctor nodded, told me to buy myself something nice, maybe new shoes, and using the fact that I’m shocked, finished the appointment.

My lungs hurt, what should I do doc?

My friend had lungs pain (don’t ask me why). He called the GP, 1 week later he was already having the meeting.

He described briefly the situation, doctor considered options that he had.

No scan it is! – the decision was made. He was recommended to make everyday exercises focusing on the chest part.

Two weeks more of a severe pain, when once during exercising he almost passed out. Whole sweaty he arrived in the emergency room. A scan showed that he had a broken rib. That’s right, he was exercising to work out a broken rib.

I can’t normally live, yet I’m not dying, can I count on Danish healthcare?

You might figured out the answer until now. My girlfriend’s story inspired me to write this post.

4 months of gut pain, dizziness, headaches, weak immunology system, just to call few. Each call to a GP is 1-2 weeks waiting, so we’ve been coming to the emergency. There, you can hear that it’s not a matter of life and death, so you should go through the normal waiting time.

Let me remind you that you have a constant, pulsing pain that goes from “I want to punch somebody” to “I’m screaming”, and you are being send home to rest. No tests are being done to you beside taking blood samples.

Two month since it started, few basics were done and they’ve been apologizing for not knowing the cause. Each hospital visit was in the morning, and involved 8-10 hours of laying in the bed without eating or seeing a doctor, which was “too busy”.

4 months of pain and not working later, being proposed with one test in 3 weeks 50km from our city, we decided to go privately. Any change?

The first day two problems were solved, allergic tests made, appointments for two more serious tests for next week in out city and apologies that it can’t be done immediately. It was going great, until they finished their 10 tests that they knew about. ‘Specialists’ said that all seems to be fine, that “many Danes have pains that cannot be explained”.

Yep, the excuse was that many doctors in Denmark lack competences and cannot cure multiple people, so it should be an argument to agree with it. “You just have to live with it” – we heard from the private and the public system.

Solution of the bad Danish healthcare

I come from Poland which is 6-8h of driving from the Danish boarder. The country has many specialists and competitive prices, just like many other countries. On the border you’ll find many clinics that focus on international patients and speak English, German and more languages. Deeper in the country i.e. Poznan, you’ll struggle a bit knowing only English but the prices will be lower enough to hire somebody to translate.

We went to Poland, we got an extra good treatment with an assigned medical consultant; we had all tests outside of the queues due to coming from far away and signing up few weeks in front. We heard about diseases, tests, treatments and possibilities that haven’t been mentioned in Denmark. Three weeks later we got all remaining results online, got a consultation from them and had the problem almost solved. The rest she figured out by herself trying different treatments, many of which were discussed by the doctors in Poland. Those specialist have been surprised at the tempo and lack of professionalism of the Danish doctors. We all have been.

How is public Danish healthcare system?

Go abroad with your pain and your teeth

Both for getting better specialists and lower prices. I would stay in Denmark only if I would have a cold or a cancer. Additionally, as the cancer tests are also denied, I would travel annually abroad for a check.

After you have a professional diagnosis, you may consider to come back and deal with the public system to get better or spend money and get better abroad, as it may cost you weeks of pain, many days of work or even worse.

Please mind that I do not work in the Danish or any other healthcare system, and I do not know their exact budget, in addition I am not a better doctor than my GP, and I have no affiliation with any clinic/hospital/pharma company. I also don’t care will you go to Poland or Thailand for the treatment. I simply tell you my story, my pain, how I feel and the fact that I pay monumental taxes for that “service”. Or I did, since this ‘healthcare’ was one of the reasons we moved out from Denmark.