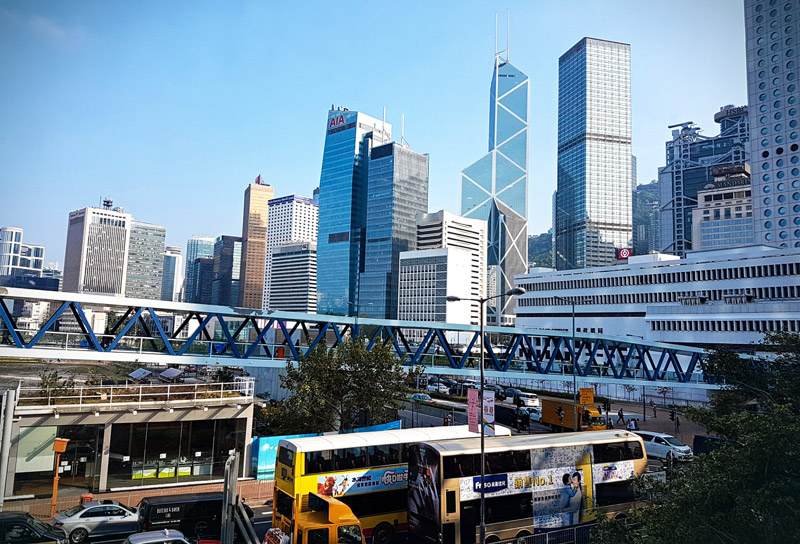 What to do after landing in Hong Kong? You are lucky to experience one of the best transport systems on earth. Hong Kong transportation after arrival is simple and you can cut it to moments, if you will follow a few tips and tricks. Do you want to know more? END_OF_DOCUMENT_TOKEN_TO_BE_REPLACED 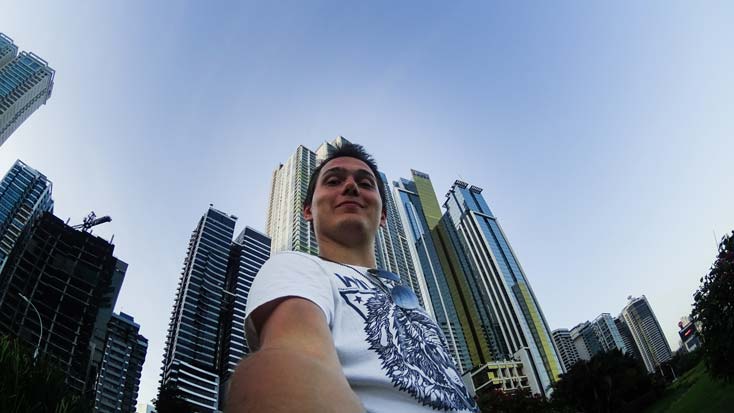 My first visit which lasted only one day scared me. It was my first time when I’ve been outside of EU (besides a guarded hotel in Africa which doesn’t really count).

First impression: I cannot breath, I am gonna be mugged and murdered –  only if I wouldn’t die in some hole before. There are plenty of them in sidewalks around the city. I wrote it before that the reception in my hotel scared me, as well as some shop assistants which recommended to don’t leave hotel after 20:00!

As often, second visit or experience with something completely new is better, more pleasant and allows us to look through the foreground, allows to see more details and real character – so it was this time.

The capitol of Panama is a colorful place, full of contrasts, events, music, emotions and smells. But lets start with the most important: Friendly and monolingual. If you give them any sign that you know even one word in Spanish, they will speak fast as you’d be native. If you will show that you don’t know Spanish at all, taxis will charge you double (they will try nevertheless, but saying simple ‘dos, no más’ [two, not more] will save you many $).

Very helpful, some come to ask can they help because you look lost. One person (thanks Richard!) walked with me for 10min to show me the best restaurant in the area!

They love football, atmosphere while watching any match with them is awesome, even if you don’t really care who will win 🙂

Looking for money. I tried to buy a car and so I could see a difference between rural regions in Panama and the capitol. People from the big city are more money oriented, which is not a surprise considering what a ‘gringo’ I am.

It’s a good idea to find people from your country or talking your language, they will tell you stories about Panama and direct you to the best places which probably will fir you. We met with Romanians (my gf is from there, thanks Janos and Cristian!) and it helped me understand many things and Panamanians’ behaviors. You can also try couch surfing or any facebook groups with internationals. Casco Viejo, Via Argentina or Cathedral of Old Panama are only few places worth to see. I haven’t seen the Canal yet, however walking around the city (a specially next to the ocean) is very interesting. I found some nice restaurants on my way, which of the best one was Fisca Del Mar, because of it’s view.

You can find list of places worth it to see on many websites, but my advise is: use taxi and metro. Panama doesn’t have a typical downtown where pubs, clubs, cafeterias and restaurants are placed together. If you are not sure are you going to find something because there is nothing on google maps or in your guide, you probably won’t. Take a cab for 2$ and move few streets or a district farther and enjoy again. I’ve been walking at 13:00 through some long street looking for something to eat, when I finally found a Chinese restaurant I jumped inside and start drinking water – sun made me so dizzy.

Unfortunately nobody cares about the cleaning. Dirty sidewalks, streets, shops, buildings and goods in stores. This one has nothing to do with money, it’s simply taking a brush every few days and cleaning around, here it doesn’t happen besides shops of some big brands. Only those, skyscrapers and metro stations are tidy. In my opinion it’s the biggest problem of this city which cannot be simply changed without changing a mindset of a whole society. Don’t be in some districts after 20:00. It happened that I’ve been walking back from Casco Viejo in the evening, and some people start following me and my girlfriend, fortunately a taxi appeared on time.

Read reviews in internet before you will pick up a hotel, some may have bugs, be laud and dirty. I stayed a second time in Hotel Bella Vista for 35$/room with AC. Clean and quiet, 3min of walk from a metro station.

Albrook Mall is a trap, unless you really need something, don’t go there. One place with a map for a 1000 shops, it’s so big that some shops are doubled, you cannot simply go inside and spend 30min, it’s a sea of shops and it’s quite expensive. I found joy in some small events, people dancing in a random place, crazy buses and many small details that I have never seen before. The city is alive and it’s easy to become a part of it, you just have to be in the right place at the right time, which apparently happens often by a coincidence.

It isn’t easy to find a hotel in Panama City which we will be sure about and won’t spend a lot of money. My Panamanian colleague asked about something where we won’t be for sure robbed, pointed a 120$/night one. It is too expensive in a country with such a low salaries so I tried few methods.

How to find accommodation in Panama City.

Apparently this method isn’t popular in Panama, and from what I heard in South and Central America in general. out of ~1000 people that were matching my search for 2 people and 1 night, only ~20 were logged in within last month! In the end we got few rejections and mostly no answer. Worth it to try but don’t expect too much.

It’s always my second choice if there is nothing on Couchsurfing. Of course I still try to find some people to meet by CS.

I found out that it’s possible to find a room for 35$, and according to the search there were 23 places on the list, which most of them looked very nice!

However this time my choice was a hotel. AirBnB is in general some effort, talking with hosts, not being sure about the conditions.

With a help came Trip Advisor which I haven’t use before, and which is apparently quite popular in Panama. Most of small places had reviews in different languages which was a great help. After a long journey it is very convenient to arrive in the hotel, close the door and rest without wondering about anything.

My choice was Hotel Bella Vista which you can book on booking.com or other similar portal.

A little bit dirty, old, window almost doesn’t work – but the bed is comfortable and air condition works great. In the end it’s a cheap hotel – 35$/room. I would come back there for this price.
Some locals scared me that the district is dangerous and after 20 I should stay inside. Other Panamanians told me later it’s a lie, however I wouldn’t take a risk. Perfect place to stay for one night with a low cost if we are very tired.