Traveling between Colombia and Panama might seem as similar to other locations in this area, but it is definitely not. Kidnappings? Armed forces? Indigenous ‘tribes’? Swastika flag? You can see here all of that and more.

Lets start with the most common connection: traveling by bus or car.

Pan-American Highway – a road between Colombia and Panama 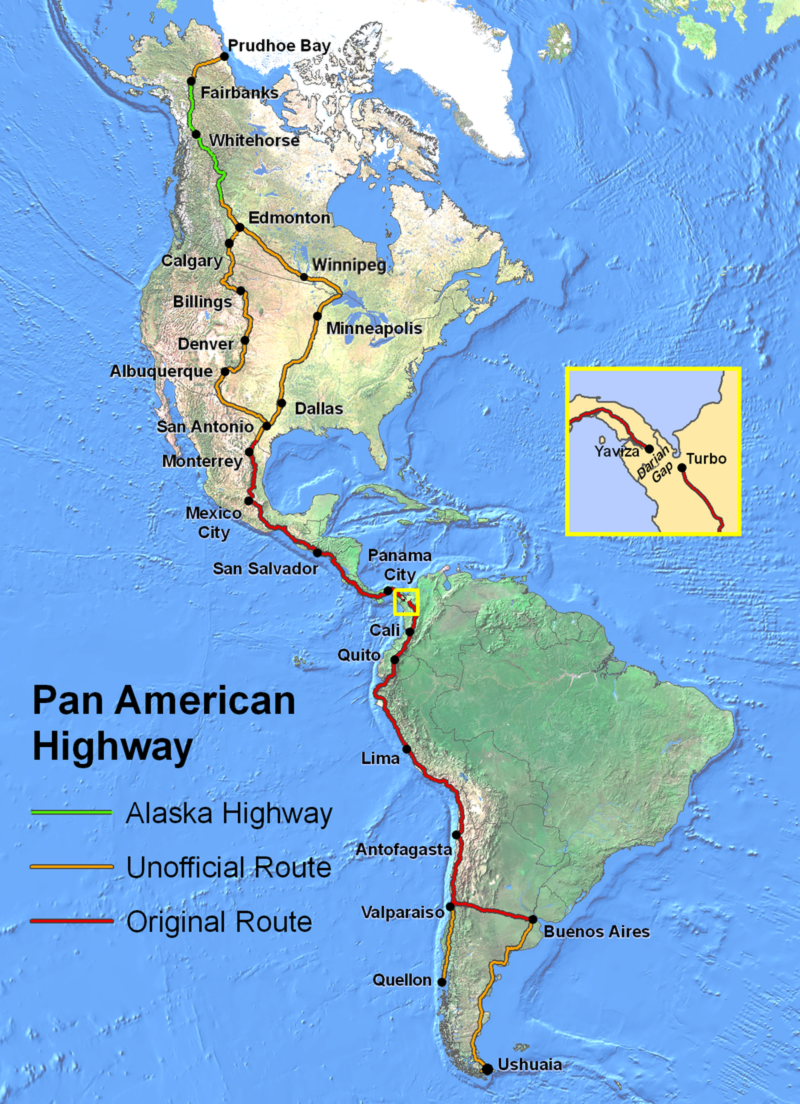 Did you ever think how important are road connections between countries? They have even build a highway from the North all the way to South America which is nearly 48.000 km long without breaks! Or would be without, if there would be a connection between those two countries.

Darién Gap is an 160 km long highway break made by swampland, armed conflicts involving FARC, soldiers of both countries looking for drug dealers, spies and illegal immigrants, as well as a ton of animals willing to kill you, including a very high probability of getting malaria. Sounds like an adventure, I know.. but don’t forget to take your tank.

You cannot cross from Central to South America by land.

Water connection between Panama and Colombia

Now when we know what is not a good idea, lets talk about what can we do.

Many tourists are very happy with choosing boat trips between those countries. This is not the most economical way of traveling – for sure. But their point it was a great experience, involving sometimes small parties, fishing, great food and spending very nice 1-4 days. Depending on the company you can travel to Panama City, Colon or one of the smaller towns. Google shows many companies doing it and a big advantage would be visiting islands. More expensive boats take their time to show you for example stunning islands of Sun Blas. You can go there however on your own. Those boats are often around 300$ and more per trip, which if you’d like to make cheaper you could take it without a bed.

Taking a boat between South and Central America is possible, but won’t be too cheap.

Air connection between Colombia and Panama

Here we are, in the fastest and fortunately the cheapest way of doing it. The flight between Panama City and Medellin is cheap, it takes 1h 20min (usually it will be faster) and it is quite comfortable.

Two main airlines are flying between those countries: VIVA Colombia and COPA Airlines.

This is the airline most of the travelers choose due to their prices. I managed to get tickets for less than 100$ + 44$ per person, both ways for a 22kg bag. This option has however few disadvantages.

Couple of tips how to deal with those problems, don’t get crazy and don’t pay for extras.

It was a crazy flight, stuff like “it’s not ok to keep your flip flops on you but 10 earnings and a pendant are good” is a standard. Basically think how would you try to take in a legal way money from the passengers and be prepared for it.

VIVA Colombia is cheap but a very time and energy consuming airline.

This is a normal, professional airline. You buy a ticket, you act like anywhere else, you are happy. Prices are normally between 200$ and 300$, but if you’ll book it months earlier you can do it even for 150$ round trip. I met a pilot from this company, he was talking about good conditions, happy staff and passengers.

They only issue that repeats here is because of the Panamanian law – you need to show them a return / flight out ticket. The difference is that when my friend didn’t have it in VIVA Colombia, 50min before the flight, they didn’t let him and another Spanish man buy any leaving ticket and go in, while closing the gates earlier.

The ultimate Latin American truth worked here again: you get what you pay for. With some effort, patience and luck you can take the cheaper option like I did. I don’t regret it at all. As a matter of fact I’ve been traveling later with VIVA Colombia also to Cali.

If you found this article helpful, please share it 🙂

Have a great time in Colombia – it is really worth it to visit!